Overkill Software, a Swedish game developer known for the Payday series, joined forces with Starbreeze Studios, the publishers behind Dead by Daylight and the current owners of Overkill Software to bring a new tale from The Walking Dead series.

Now, many know that the original The Walking Dead game series was being developed and published by Telltale Games. But as the Final Season was being released, Telltale Games had an unfortunate money issue and had to lay off many of their staff.

But this is where Overkill Software comes in. Although The Walking Dead game is a licensed title, Overkill was given freedom to give their own interpretation of the storyline and create their game. The best part, Robert Kirkman, the original creator of the comic series, was involved in the game development in order to give advice, feedback, and to see that the game lived up to his comic series fame.

Though the game is definitely for adults due to the storyline delving deeper into emotional backlines and tales told within the game.

OVERKILL’s The Walking Dead will be releasing on November 6th, on the PC, Xbox One, and PS4 for $59.99. Now, there are a few things available with the Standard Edition:

But if you wanna splurge a little to get more bonuses, you can also buy the following versions:

*It’s important to note that if you pre-purchase either edition, you’ll receive the Overkill Collection. This collection includes a skin pack for the characters, a flare gun skin, a knife skin, and a flash skin. 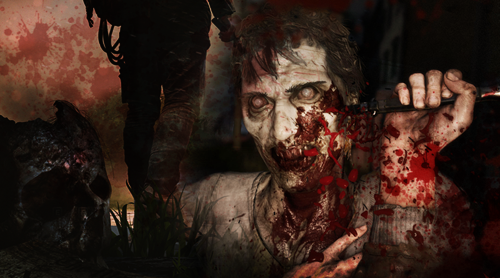 OVERKILL’s The Walking Dead begins with Season One. Now, as the story takes place in a Washington DC now overrun by zombies, players will band together with the Anderson Camp to face the challenges found in the post-apocalyptic city. The Anderson Camp will be the main base camp for the survivors in the city, representing everything that is left for the survivors.

Season One will be ten episodes, giving players the chance to explore the destroyed city, meet new survivors, and go on expeditions to gather materials in order to survive. Each episode will have their own specific small storyline to create the whole story over the whole season.

OVERKILL’s The Walking Dead is a first-person shooter with a large emphasis on cooperative gameplay, similar to how Payday is. Cooperation will be key in this game in order for the players to survive. There will also be aspects of stealth, survival horror, and role-playing elements involved in the gameplay.

Expeditions also play a key role within the game. These side missions allow players to go out for supply runs in order to find resources for Anderson Camp. And although players might clear out one area of zombies, that doesn’t mean it’ll stay clear for very long.

In terms of weapons, there are 50 weapons available to be found amongst the destroyed Washington DC. These weapons are of various levels of rarity and quality so it may take a little bit of time to find the ones you desire. But your weapons don’t just stop there. There are more than 220 weapons attachments and modifications that can be found around the city to improve your weapons of choice, whether it’s a submachine gun or assault rifle or even fire axes.

Each character will have their own unique skill tree, squad role, play style, and creative background story. Survival is the common objective and teamwork will be necessary to continue on. 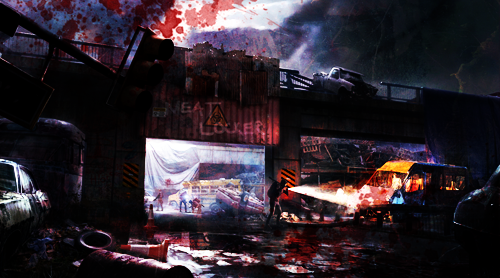 Grant once was a retired man who wanted to just hunt and write wilderness guides to share what he enjoyed with the public. Now he has to use the wilderness survival skills to try and find his family although he knows none of them might be still living. But that’s all he has left to hope for.

Maya was once a surgeon, working hard to save people in life or death situations. Now, she still has the same pressure as trying to save people but the failures become something much worse. She’s the medic of the group, working hard at saving lives while protecting those near her.

Aidan has always been short tempered and holding onto a lot of anger. He’s always held it in, repressing it and never letting it out. But now he uses that anger for his melee fighting in order to be able to fully express himself through his violence.

Heather was used to being in the front of a kindergarten classroom and teaching the children what was right and what was wrong. But now she’s the one having to cross the line between right and wrong to fight for survival. She hopes to be able to find the good in people once again.

Just remember that while the dead may be out walking, the living can be even scarier.

Originally an Admin Trainer for Prestige Gaming, Coder joined EdgeGamers during the Prestige Gaming merge of May 2018. He is currently supporting our Media Team as a Manager.

GAMING since 2006, EdgeGamers Organization (EGO) has been a prominent GAMING COMMUNITY in popular multiplayer PC GAMES such as Counter-Strike, Day of Defeat, Team Fortress 2, and Battlefield. Still expanding to this day, EGO is the perfect place to make friends and game.

Interested in joining our community of gamers? Learn more about the process here.

News At A Glance